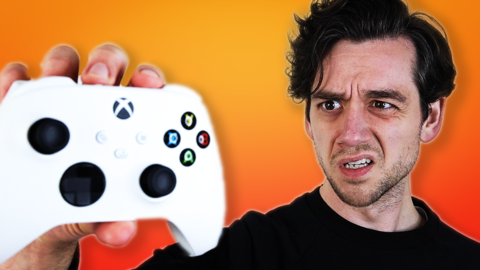 Since its launch in 2001, Xbox has always seemed to appeal to a very specific demographic–the bro demographic. Or, that’s at least how Kurt Indovina saw it. Over the years, Kurt has watched as the Xbox evolved from being the console that came pre-packaged with a headset encouraging players to talk smack to each other online, to the console intended for everyone, regardless of age, demographic, or accessibility requirements.

While Kurt never felt the Xbox was intended for him, all that has changed in recent years. In this video, he explains how the identity of Xbox has changed, starting from the system to play Halo and Gears of War on, to shifting its focus towards accessibility with the Adaptive Controller, and services like Game Pass.

Kurt also deconstructs the bro culture that surrounded Xbox, by looking back on the early 2000s, examining the documentation for terms like bromance, and how its popularization rose alongside bro-affiliated movies like American Pie and Van Wilder.

But since the launch of the modern Xbox Series X|S consoles, Microsoft has successfully turned its image around, drifting further and further from a niche demographic, to the one that wants you to play more games, with more people.