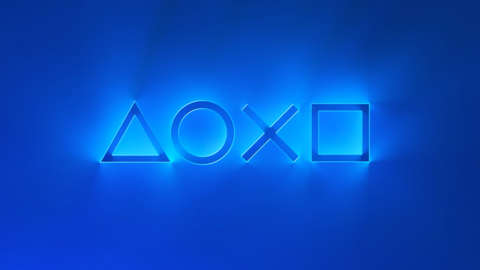 Sony’s big PlayStation 5 games reveal event, titled The Future of Gaming, proceeded after a week-long delay. There were a ton of games shown during the event, and you can watch the entire thing right here and learn about every single PS5 game shown during the reveal. We also got our very first look at the PS5 console itself.

You can rewatch Sony’s The Future of Gaming event on PlayStation’s YouTube and Twitch.

Please use a html5 video capable browser to watch videos.
This video has an invalid file format.

Please use a html5 video capable browser to watch videos.
This video has an invalid file format.
00:00:00
Sorry, but you can’t access this content!

The chat has begun! Join the chat

For more on what to expect from Sony’s upcoming console, check out everything we know about the PS5 so far.

All PS5 Game Reveals And Announcements

Rockstar’s massively successful Grand Theft Auto 5 is coming to the PS5. The new version will feature enhancements and will be expanded, and it’s coming in 2021, with GTA Online free to all PS5 owners.

Spider-Man: Miles Morales was shown during the event. Miles Morales takes over as the playable character this time around. The game seems to include more science-fiction elements. It will release during the holiday season. Rather than be a complete sequel, however, it’s actually an enhanced and expanded version of 2018’s game.

A new Gran Turismo is in the works for PS5, and it features a campaign mode. Developed with Polyphony Digital, the racing simulator looks incredibly realistic, both in its vehicles and its environments.

A new Ratchet & Clank game is in development, and it looks like the heroes have found themselves in a universe with collapsing dimensions, futuristic cities, and dinosaurs. The demonstration featured gameplay, and it included a rain grinding section and even flight on an alien creature.

Annapurna Interactive revealed a robot-focused game called Stray set in a world where humans have died off. Cats, however, are still in abundance, and the robots appear to be replacing humanity in their old roles. It sports a neon-infused aesthetic, and the adorable kitties wear backpacks. It’s coming in 2021.

A new franchise from Sony was shown during the event. Developed by formerly arcade-focused Housemarque, Returnal features a crash-landing on an alien planet where the protagonist keeps reliving the same events–including her death–over and over again. The planet, however, changes every time she dies.

Developed by Sumo Digital, Sackboy: A Big Adventure is the latest game in the LittleBigPlanet franchise. It features action-oriented gameplay and 3D platforming rather than the 2D from the first three games.

Lucid Games premiered an action-sports game called Destruction Allstars during the event. Featuring destructible vehicles as well as on-foot characters, it looks to be a demolition derby taken to the absolute limit, with impressive particle effects and physics.

An adorable adventure game developed by Ember Lab, Kena: Bridge of Spirits features Pixar-like visuals magical abilities and enemies. Platforming and discovery will play a major role, as will herding up small, cute creatures. There will also be dangerous monsters that stand in your way.

Starring fantasy creatures in a hand-drawn art style, Goodbye Volcano High is an emotional game set in the “end of an era.” It will arrive in 2021. It will also feature a unique and indie-style soundtrack if the trailer is accurate.

Oddworld: Soulstorm was shown during the event. The game has been in development for years and will now release on PS5. However, the new technology hasn’t compromised the series’ classic character designs or sense of humor, though it does look surprisingly dark and intense.

Bethesda and Tango Gameworks gave us a look at Ghostwire: Tokyo, which was first shown at E3 2019 in a memorable unveiling. We saw our first look at gameplay this time, including a look at a twisted and changing world overrun with spirits. The game is in first-person and looks far different from Tango’s previous titles and it arrives in 2021.

Developed by Superbrothers, Jett: The Far Shore was shown during the reveal event. The world is shown as dreary, but a rocket fires into space and shows a series of satellites that appear to hold some sort of future for the planet. Hundreds of years later, a small ship flies to a much more vibrant land.

Godfall, first shown several months ago, was demonstrated again during the event. It features intense melee combat using a variety of weapons, as well as supernatural and science-fiction elements. You’ll be able to unlock “godlike” armor to defeat powerful foes. It will be out this holiday season.

From the creators of Hyper Light Drift, Solar Ash was announced for PS5. The hostile world seems to reject the protagonist and there are mentions of a “Void” before the demonstration transitioned to the gameplay. It arrives in 2021.

A new Hitman game, Hitman 3 was shown during the presentation, with a cinematic trailer showing a very elusive Agent 47. Several settings are shown, including a giant mansion and a dark forest. It’s out next January, and it will conclude the rebooted trilogy.

A new Astro game was shown during the event, called Astro’s Playroom. It is being developed by Japan Studio, but only a brief glimpse of gameplay was shown.

An adventure game with a unique aesthetic, as well as plenty of mystical creatures, Little Devil lnside features a mix of stealthy exploration, direct combat, and even hunting wild creatures like dragons. There will be numerous settings, including frozen tundras and cities.

NBA 2K21 got its first teaser. The in-engine footage featured impressive sweat effects on players, with individual beads clearly dripping down their faces. The game will arrive this fall, likely alongside the system itself.

A charming game featuring a Steve Irwin style wildlife expert, Bugsnax is from the creators of Octodad. Creatures are mixes of bugs and snacks, such as burgers and strawberries. It looks incredibly bizarre, to say the least, and will be out this holiday season.

As was rumored, Demon’s Souls is getting a remake, and it looks to be much more than a simple increase in resolution. From Software’s masterpiece has been completely overhauled and looks like it was created specifically for the PS5.

Arkane Studios presented its game Deathloop during the event, which was first shown at E3 2019. Assassins are engaged in an ongoing duel, and it retains the studio’s well-known first-person stealth. However, things can go awry and require plenty of firepower, and you can restart the loop to rectify things.

Resident Evil Village was shown during the presentation, with a shot of a forest, creepy stuffed animals, and a woman reading a folktale before things get violent. It will be in first-person, just like Resident Evil 7, and looks to put an emphasis on atmosphere and horror over action. Also, there are werewolves. It comes out in 2021, and the title no-so-secretly includes the Roman numeral VIII.

A post-apocalyptic game set in a world where cats are now holograms, horrifying natural disasters wreck the world of Pragmata. We see a man in a spacesuit get thrown into the air, along with several cars, and he then finds himself on the moon with little explanation. It will arrive in 2022.

The sequel to Horizon Zero Dawn, Forbidden West, was finally shown during the show, with protagonist Aloy narrating a trailer that featured impressive environments and fauna. A plague appears to be causing local wildlife to die off, and she must race to discover what is causing it before it’s too late. She will be able to explore underwater and discover secrets beneath the surface.

The PS5 console itself was also revealed and comes in two configurations: PS5 and PS5 Digital Edition. As the name implies, the latter does not feature a disc drive, and both have a curved, stylized look. We didn’t get a price or release date for the PS5 just yet, but Sony said that’s coming later.

PS5 And PS4 News And Announcements

Filed under:
PlayStation 5
Play For All