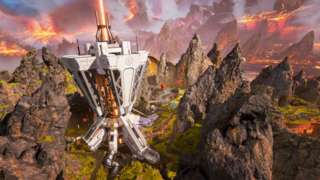 Apex Legends Season 4 is live, and you can now download the update on PS4, Xbox One, and PC. Respawn has published the full patch notes for the content drop, detailing the many changes and additions included in the new season. Assimilation adjusts the World’s Edge map, adds Revenant as a new playable legend, introduces a new battle pass full of cool-looking rewards, tweaks weapons and legends (screws the Havoc pretty good but makes a terrifying adjustment to Bloodhound), and much more.

Revenant’s abilities have finally been revealed now that the update is out–these had been a mystery until now, as Respawn had provided no official indication of what he would be capable of. His passive, Stalker, allows him to crouch walk more quickly than other characters, and also climb higher up walls. His Tactical, Silence, lets him throw a projectile that damages enemies and disables their abilities for 10 seconds. And his Ultimate, Death Totem, places a totem that causes you to return to it when you die.

Also detailed is the new Sentinel sniper rifle weapon, which can use a shield battery you’re carrying to boost the damage it does to the enemy’s shields. It is effective at medium to long-range, but has a limited amount of energy that decays slowly over time, so it loses power with each shot. Once it’s out of power, the energized state resulting from using a shield battery ends.

Apex Legends
Follow
Get the latest news and videos for this game daily, no spam, no fuss.
By signing up, you agree to the CBS Terms of Use and acknowledge the data practices in our Privacy Policy.
You’re Good to Go!
Collapse