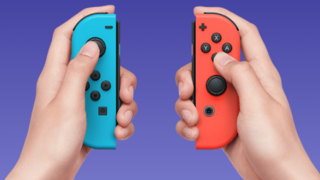 2020 is shaping up to be a very big and important year in gaming. Both Sony and Microsoft are releasing next-generation consoles this year, while Nintendo has confirmed that it will not release new hardware this year. The Japanese gaming giant has now commented on competing with the PlayStation 5 and Xbox Series X, saying the company is not afraid.

Nintendo president Shuntaro Furukawa said during a Japanese Q&A, translated by VideoGamesChronicle, that the PS5 and Xbox Series X will not have a meaningful negative impact on the Switch.

The target audiences for the Switch and the PS5/Xbox Series X are different, Furukawa said. “We do not believe that the business trends of other companies will have a significant impact on our business,” he said.

“We will explain the specific figures for the next fiscal year in our next fiscal year announcement, but I think there will certainly be a change in the environment as new products of our competitors appear,” Furukawa added.

The PS5 and Xbox Series X are scheduled to release this holiday. The Xbox Series X may actually contain more than one console, as Series X is the model name while “Xbox” is actually the name of Microsoft’s next-generation console.

Sony officially announced the PS4 in February 2013, so if the company sticks to the same announcement schedule, the official PS5 reveal could be coming up soon. Sony will announce its next earnings report on February 4, so we may soon learn more about the system.