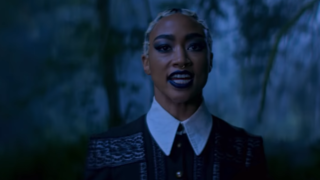 More details about the cast for Sony’s Uncharted movie have come to light. In addition to Oscar-nominated actor Antonio Banderas, the action movie will star Sophia Ali (Grey’s Anatomy) as the female lead, while Chilling Adventures of Sabrina actress Tati Gabrielle has also come aboard in a major role.

There is no word on the specific characters that Ali and Gabrielle will play, but Variety’s Justin Kroll says Ali will play the female lead, while Gabrielle will star in a “key” role.

As announced previously, the Uncharted movie focuses on a young Nathan Drake who will be played by Spider-Man actor Tom Holland. Mark Wahlberg has been cast as Sully. The story of the movie doesn’t follow any of the games, and this is one of the reasons why it might not be terrible, according to Holland.

All of this news comes from Variety, which also reports that Venom and Zombieland director Ruben Fleischer has signed a deal to direct. The report also confirms that the screenwriting duo Art Marcum and Matt Holloway penned the latest draft of the script.

They are well-versed in the action category, as they wrote the original Iron Man, as well as Punisher: War Zone, Transformers: The Last Knight, and Men in Black: International. They also wrote the upcoming Jared Leto superhero movie Morbius.

The Uncharted movie is scheduled to hit theatres in March, 2021. Filming is expected to begin later in March across locations around the world.

The film is the first from the recently formed PlayStation Productions, which is a division of the gaming company focused on adapting its franchises for TV and film.

The Uncharted movie has been in various stages of production for more than a decade, cycling through seven different directors and numerous scriptwriters.