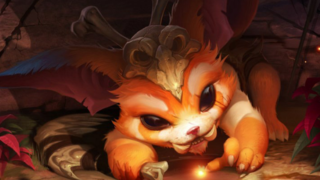 The developer of League of Legends has responded to the latest development in the ongoing lawsuit where the company is accused of gender discrimination and having a “bro culture.”

Recently, the group of former female employees of Riot Games hired a new legal team in an attempt to seek more damages. The new counsel withdrew the proposed settlement of $10 million, saying it was the result of “alleged mistakes and improprieties by prior class counsel.”

The new legal team is seeking a bigger payout for the group of former employees, following the announcement from California labor groups, including the California Department of Fair Employment and Housing (DFEH), that said they should be paid $390 million more, bringing the total to $400 million.

Riot has now responded to this latest development, saying in a statement that the original settlement of $10 million is “fair and adequate” given the circumstances. The company says it wants to do right by the group of former employees, but it takes issue with DFEH’s numbers.

Riot said DFEH’s numbers have “no basis in fact or reason,” and that the company plans to defend itself from “false narratives and unfair claims.” You can read Riot’s full statement below.

Genie Harrison, a women’s rights attorney representing the group of former Riot employees, said in a statement that she and her team will be working to ensure the plaintiffs receive fair compensation.

“These brave women spoke out against gender inequality and sexism, and I want to make sure they are fairly compensated,” Harrison said. “Our well-qualified statisticians are already analyzing pay data. We intend to recover the compensation due to the women of Riot Games and achieve institutional reform, in order to level the playing field for women.”

A 2018 Kotaku expose contained dramatic accusations about the “bro culture” within Riot. Among the details was that managers were said to have had lists where they ranked women by attractiveness. “The ‘bro culture’ there is so real,” a source told Kotaku. “It’s agonizingly real. It’s like working at a giant fraternity.”

Riot is owned by Chinese internet giant Tencent. The free-to-play MOBA reportedly brings in billions of dollars in revenue every year.

“Throughout this process we’ve focused on reaching a resolution that’s fair to everyone involved, while continuing to demonstrate our commitment to the transformative journey we’ve been on for the past 18 months.We understand that the plaintiffs’ new counsel needs adequate time to review the proposed settlement agreement and we respect that.

“That said, the analysis and discussions which led to the earlier proposed settlement were comprehensive and thorough, and we believe that the proposal was fair and adequate under the circumstances. We’re committed to working collaboratively to reach a resolution that reflects our commitment to move forward together, but it needs to be one that is justified by the underlying facts.

“It has been our position from the beginning to do the right thing by the plaintiffs as well as Riot, and we will continue to do just that. With respect to the numbers posited by the DFEH, we’ll say again that there is no basis in fact or reason that would justify that level of exposure and we believe that any assertions to the contrary can simply not be made in good faith.

“While we have acknowledged that there is work that we needed to do to better live up to our values, we have also made clear to our employees that we will defend ourselves against false narratives and unfair claims that do nothing to remedy any hardships of actual class members.”

Filed under:
League of Legends
PC

League of Legends
Follow
Get the latest news and videos for this game daily, no spam, no fuss.
By signing up, you agree to the CBS Terms of Use and acknowledge the data practices in our Privacy Policy.
You’re Good to Go!
Collapse