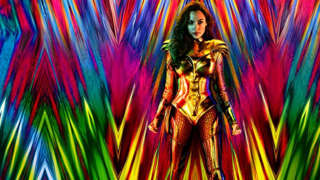 DC and Warner Bros. have a couple of comic book movies coming out in 2020. The first is Birds Of Prey arriving on February 2, and the second is the highly-anticipated Wonder Woman 1984 debuting on June 5. During Comic-Con Experience in Brazil over the weekend, we finally got some more info about the movie, some new images of characters like Maxwell Lord, and a trailer–which we knew had been coming for a while.

Aside from the new images that were revealed, the Wonder Woman panel featured Wonder Woman 1984 star Gal Gadot and director Patty Jenkins who briefly discussed making the movie and using practical effects. Then, Gadot and Jenkins unleashed the new trailer upon the world.

Prior to the trailer, we knew Wonder Woman 1984 took place during the ’80s, like the title suggests, and somehow, Steve Trevor plays a major part in the movie. It’s crazy to actually see the character back in the movie, but what’s the twist. Outside of the casting, very little info had been released to the public prior to this trailer.

It’s obvious that Trevor had jumped through time or something along those lines, as he’s very confused about the trash can at the end of the trailer. Also, there were lots of shots inside a mall, and who doesn’t love a 1980s mall sequence?