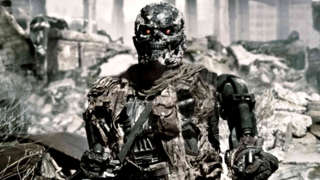 What’s New On Hulu In November 2019? Movies, TV, And Originals

Hulu is offering up a lot of entertainment as far as movies, TV series, and original programming for the month of November. We may be a couple weeks away, but you can start planning your binge-watching right now.

On November 1, Hulu releases most of its content for the month. And there are some classic movies you may want to check out like Chinatown and Escape from Alcatraz. Additionally, there are a couple Freddy Krueger movies arriving as well. Both Freddy’s Dead: The Final Nightmare and Freddy vs. Jason head to Hulu that day as well. Finally, you can watch Terminator 3: Rise of the Machines and Terminator Salvation to prepare you for Terminator: Dark Fate. Warning: Those two Terminator movies aren’t great.

Later that month, on November 18, one of the most critically-acclaimed comedies of the year, Booksmart, arrives. The film follows a couple of high school students who are about to graduate, who quickly realize they didn’t get to spend too much time living their lives and partying. So they try to fit four years of fun into one night.

Below, you’ll find the full list for Hulu in November. For more streaming info, check out what Amazon has coming in November.

Coming to Hulu in November