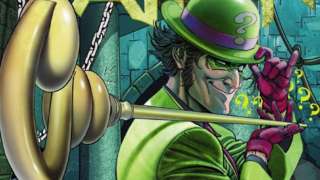 Jonah Hill Has Passed On The Batman

While casting news for Matt Reeves’ The Batman project has been arriving at a steady clip–Zoe Kravitz was just confirmed as Selina Kyle–the movie will be looking elsewhere for whoever Jonah Hill was in negotiations to play, Variety has reported.

News of Hill’s potential involvement came several weeks ago amidst a slew of announcements, including Westworld’s Jeffrey Wright entering talks to join the ensemble as Commissioner Jim Gordon. Though the role Hill was set to play was largely unconfirmed, many speculated he would be a likely candidate for Eddie “The Riddler” Nygma or Oswald “The Penguin” Cobblepot, two of Batman’s most famous and most notorious villains. Both would have fit well into Reeves’ planned “detective-focused” story, with Riddler specifically geared toward challenging Batman’s deductive skills with, you know, riddles.

Unfortunately, with Hill officially passing on the project for reasons unknown, it seems Reeves will have to continue the search for rogues. Of course, this doesn’t mean Nygma and Cobblepot are out of the running entirely, but other likely candidates have yet to enter the fray.