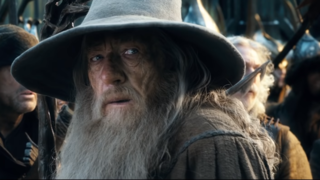 Gandalf Should Be A Woman In New Lord Of The Rings TV Show, Actress Says

Robyn Malcolm, who played the small part of Morwen in The Lord of the Rings: The Two Towers, told Stuff.nz that it’s time for women to get more front and center.

“Those old legends, those old mystical stories, they’re so based within a patriarchal landscape,” Malcolm said. “Why not look at the magic of a matrilineal world where the magical powerhouses are women?”

Ian McKellan played Gandalf in Jackson’s Lord of the Rings and Hobbit trilogies.

Malcolm said she would like to see New Zealand-based actresses Rena Owen or Rachel House play Gandalf in Amazon’s Lord of the Rings TV show. She also named people like Alfre Woodard as among her top personal choices for the role. If the producers want to sign someone with more name recognition, Malcolm said actresses like Judi Dench, Maggie Smith, or Eileen Atkins should be considered.

Malcolm went on to say that because Lord of the Rings is based in fantasy, she doesn’t worry about “Tolkien purists” who might not agree with making Gandalf a woman.

The Lord of the Rings TV show takes place during the Second Age, but there is no word on any of the characters who might appear in it or by what means the show will handle time.

There is no word yet on when the Lord of the Rings show will premiere, but we’re beginning to find out who will star in it. Black Mirror actor Will Poulter and Markella Kavenagh are in talks to play the lead roles, according to reports.

J.A. Bayona, the director of Jurassic World: Fallen Kingdom, is directing episodes one and two of the Lord of the Rings show.

Kate Hawley is the costume designer; she previously worked on Edge of Tomorrow and Suicide Squad. Rick Heinrichs, who won an Oscar for Sleepy Hollow and also worked on The Last Jedi, is the production designer; Jason Smith, who worked on The Revenant, Super 8, and The Avengers is the visual effects supervisor. Tolkien scholar Tom Shippey is also working on the new Amazon show, as is Lord of the Rings movie trilogy illustrator and concept artist John Howe.

The Amazon show also has numerous producers, including people who have worked on Westworld, Boardwalk Empire, 10 Cloverfield Lane, and The Departed.