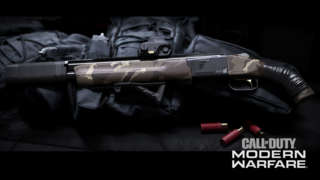 Free Shotgun Available For Call Of Duty: Modern Warfare Beta Players, Here’s How To Get It

Call of Duty: Modern Warfare
Follow
Get the latest news and videos for this game daily, no spam, no fuss.
You’re Good to Go!
Collapse

Those who play the Call of Duty: Modern Warfare beta and reach a certain level in it will get a free weapon for use in the game when it launches, Infinity Ward has announced.

Players who reach level 10 before the beta ends on September 23 will receive the Hammer shotgun in Modern Warfare at release. The weapon comes “fully customized” with a special pistol grip and a double-silenced short barrel. The foregrip is angled while the gun also is equipped with a holographic sight. Here’s what it looks like:

Infinity Ward also shared some new details on Modern Warfare’s Gunsmith system, which allows players to create customized weapons. Through in-game progress, players will be able to tweak their weapons in Gunsmith across nine categories, each of which has multiple configuration options.